Substory: Origin Of Human Species: How It All Started?

To understand the roots of science, we must look back to the roots of the human species itself. We humans are uniquely endowed with both the capacity and the desire to understand ourselves and our world. That is the greatest of the gifts that set us apart from other animals, and it is why it is we who study mice and guinea pigs and not they who study us. The urge to know, to ponder, and to create, exercised through thousands of millennia, has provided us with the tools to survive, to build for ourselves a unique ecological niche. Using the power of our intellect rather than our physique, we have shaped our environment to our needs, rather than allowing our environment to shape—or defeat—us. Over millions of years, the force and creativity of our minds have triumphed over the obstacles that challenged the strength and agility of our bodies.

When he was young, my son Nicolai used to like to capture small lizards to keep as pets—something you can do when you live in Southern California. We noticed that when we approached the animals, they would first freeze, and then, as we reached down for them, they would flee. We eventually figured out that if we brought along a large box, we could invert it over a lizard before it scurried off, then slide a piece of cardboard under it to complete the capture. Personally, if I’m walking down a dark, deserted street and see anything suspicious going on, I don’t freeze; I immediately cross to the other side. So it’s pretty safe to assume that if I were approached by two giant predators heading toward me, staring eagerly and carrying a gargantuan box, I’d assume the worst and instantly race away. Lizards, though, don’t question their situation. They act purely by instinct. That instinct no doubt served them well over the many millions of years that preceded Nicolai and the box, but it failed them here.

We humans may not be the ultimate in physical specimens, but we do have the ability to supplement instinct with reason and—most important for our purposes—to ask questions about our environment. Those are the prerequisites of scientific thought, and they are crucial characteristics of our species. And so that is where our adventure begins: with the development of the human brain, with its unique gifts.

We call ourselves the “human” species, but the word “human” actually refers not only to us—Homo sapiens sapiens—but to an entire genus called Homo. This genus includes other species such as Homo habilis and Homo erectus, but those relatives are all long gone. In the single-elimination tournament called evolution, all the other human species proved inadequate. Only we, due to the power of our minds, have met all survival challenges (thus far).

Not too long ago, the man who was then the president of Iran was quoted as saying that Jews descended from monkeys and pigs. It is always heartening when a fundamentalist of any religion professes a belief in evolution, so I hesitate to criticize, but actually Jews—and all other humans, too—are descended not from monkeys and pigs, but from apes and rats, or at least ratlike creatures. Called Protungulatum donnae in the scientific literature, our great-great-great-and-so-on-grandmother—the progenitor of our ancestral primates, and of all mammals like us—seems to have been a cute, furry-tailed species whose members weighed in at no more than half a pound. 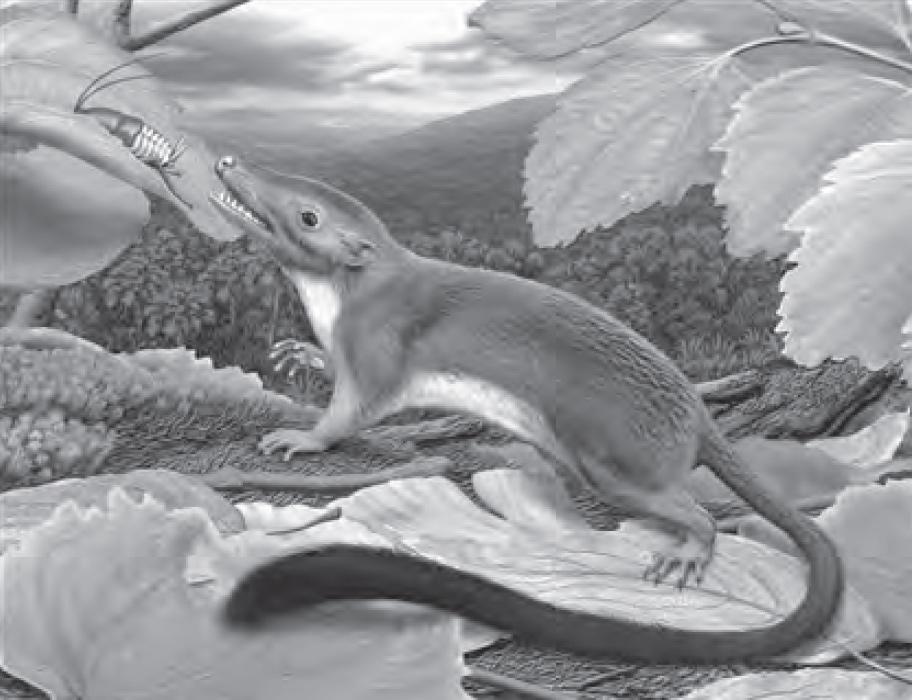 Scientists believe that these tiny animals first scurried across their habitat around sixty-six million years ago, soon after a six-mile-wide asteroid slammed into the earth. That catastrophic collision threw enough debris into the atmosphere to choke off the sun’s rays for an extended period of time—and generated enough greenhouse gases to send temperatures soaring once the dust had settled. The double whammy of darkness followed by heat killed off about 75 percent of all plant and animal species, but for us it was fortunate: it created an ecological niche in which animals that give birth to live young could survive and thrive without being gobbled up by ravenous dinosaurs and other predators. Over the subsequent tens of millions of years, as species after species emerged and then faded into extinction, one branch of the Protungulatum family tree evolved into our ape and monkey ancestors, and then it branched further, producing our closest living relatives, the chimpanzees and bonobos (pygmy chimpanzees) and, finally, you, the reader of this book, and your fellow humans.

← PreviousSeed Of Curiosity: What Drives Us To Know?
Next →Human Evolution: The Journey Of Modern Human Brain