Book Summary: How We Got to Now

Roughly 26 million years ago, something happened over the sands of the Libyan Desert, the bleak, impossibly dry landscape that marks the eastern edge of the Sahara. We don’t know exactly what it was, but we do know that it was hot. Grains of silica melted and fused under an intense heat that must have been at least a thousand degrees. The compounds of silicon dioxide they formed have a number of curious chemical traits. Like H2O, they form crystals in their solid state, and melt into a liquid when heated. But silicon dioxide has a much higher melting point than water; you need temperatures above 500 degrees Fahrenheit instead of 32. But the truly peculiar thing about silicon dioxide is what happens when it cools. Liquid water will happily re-form the crystals of ice if the temperature drops back down again. But silicon dioxide for some reason is incapable of rearranging itself back into the orderly structure of crystal. Instead, it forms a new substance that exists in a strange limbo between solid and liquid, a substance human beings have been obsessed with since the dawn of civilization. When those superheated grains of sand cooled down below their melting point, a vast stretch of the Libyan Desert was coated with a layer of what we now call glass.

About ten thousand years ago, give or take a few millennia, someone traveling through the desert stumbled across a large fragment of this glass. We don’t know anything more about that fragment, only that it must have impressed just about everyone who came into contact with it, because it circulated through the markets and social networks of early civilization, until it ended up as a centerpiece of a brooch, carved into the shape of a scarab beetle. It sat there undisturbed for four thousand years, until archeologists unearthed it in 1922 while exploring the tomb of an Egyptian ruler. Against all odds, that small sliver of silicon dioxide had found its way from the Libyan Desert into the burial chamber of Tutankhamun.

Glass first made the transition from ornament to advanced technology during the height of the Roman Empire, when glassmakers figured out ways to make the material sturdier and less cloudy than naturally forming glass like that of King Tut’s scarab. Glass windows were built during this period for the first time, laying the groundwork for the shimmering glass towers that now populate city skylines around the world. The visual aesthetics of drinking wine emerged as people consumed it in semitransparent glass vessels and stored it in glass bottles. But, in a way, the early history of glass is relatively predictable: craftsmen figured out how to melt the silica into drinking vessels or windowpanes, exactly the sort of typical uses we instinctively associate with glass today. It wasn’t until the next millennium, and the fall of another great empire, that glass became what it is today: one of the most versatile and transformative materials in all of human culture. 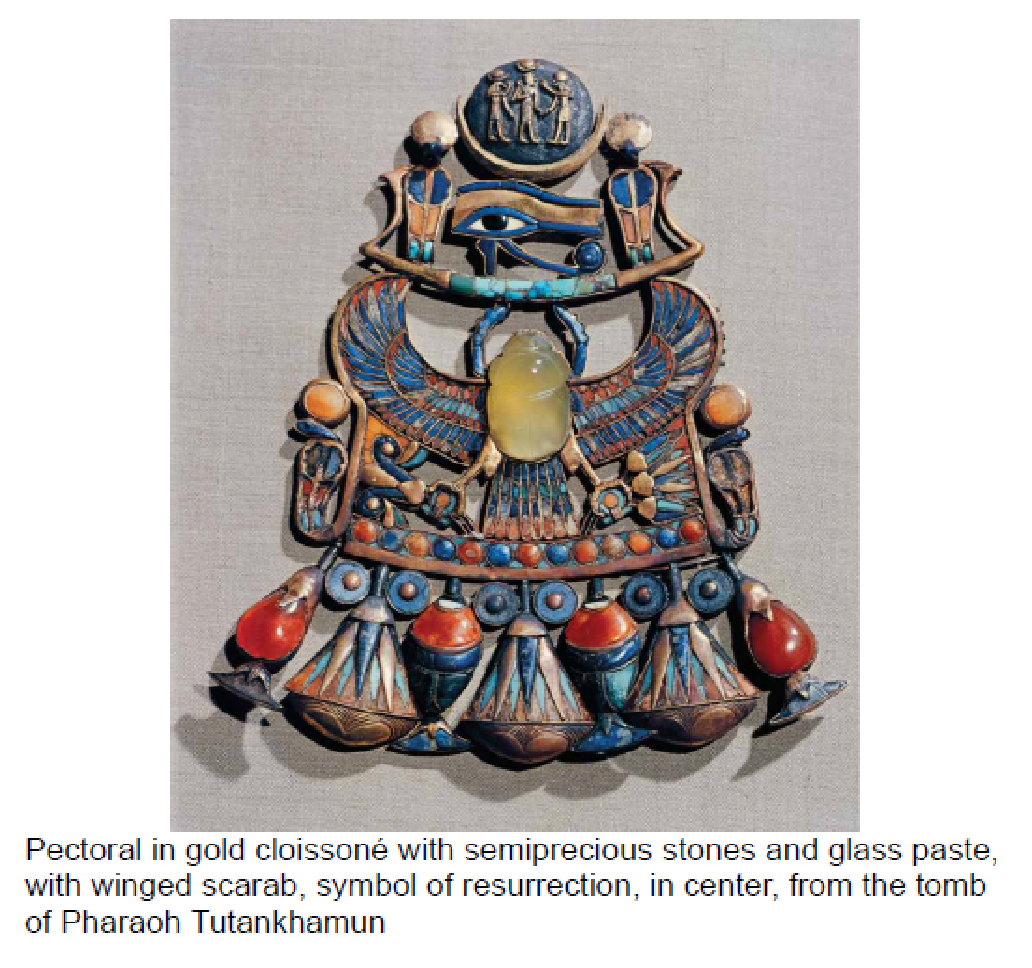